Repeatable and Accurate Results for cGMP and Research Use

As accurate as FACS counting
Are you looking for an automated cell counter at the pinnacle of accuracy? Try the ADAM-MC2 automated fluorescence cell counter. It yields highly repeatable results, comparable to a flow cytometer, but at a fraction of the cost. This new generation of cell counter performs viable cell and total cell counting measurements on a huge variety of cells. Based upon the fluorescence staining of nuclei this system combines a fabulous optical design with advanced image analysis. And most impressive — its simple 3-step protocol only takes 25 seconds to achieve results. 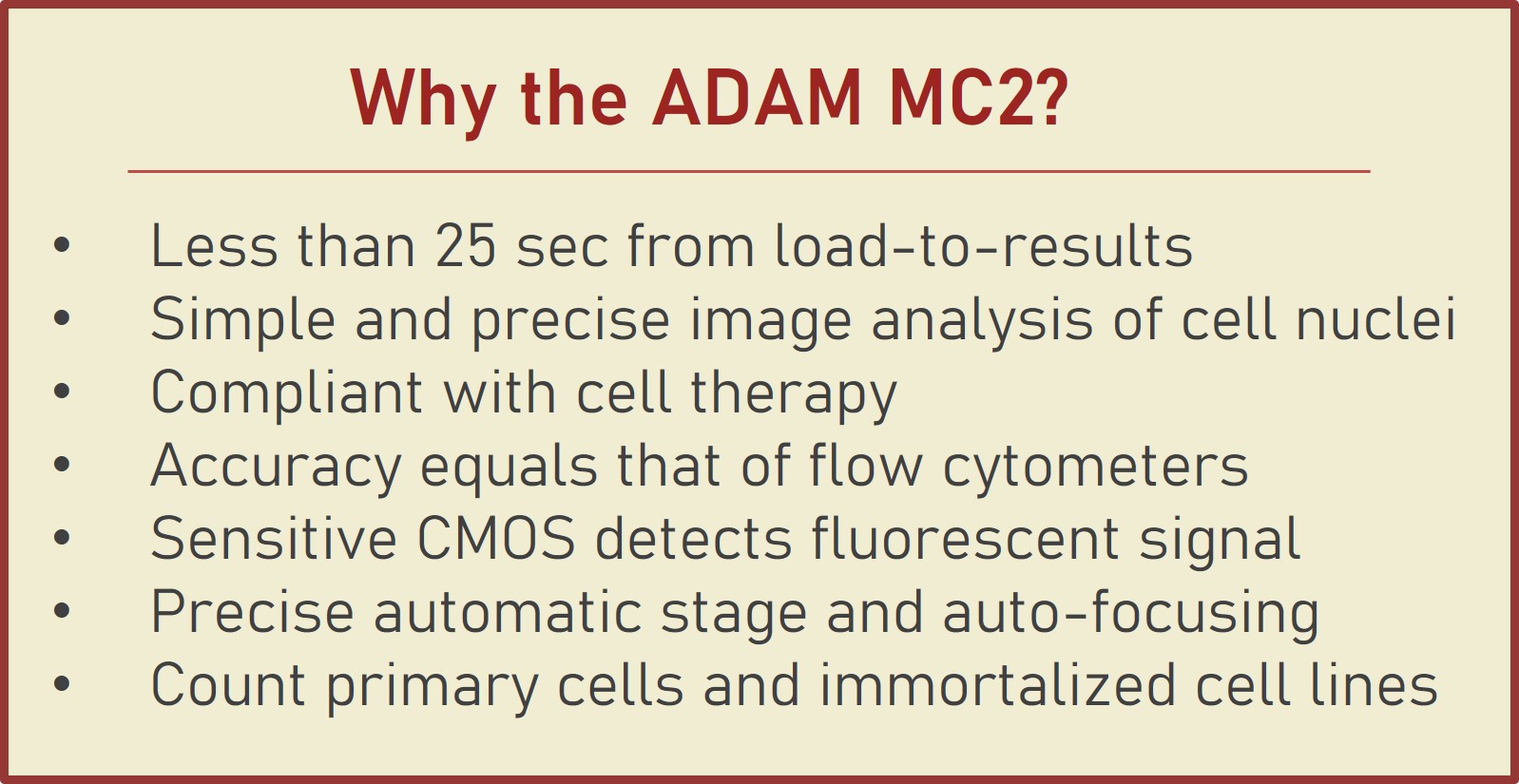 Counting nuclei is fast and precise
The ADAM MC2’s technology is simple; it combines a precision microscope with an integrated fluorescence detection optical system and onboard analysis software. With disposable chip-based kits that use either acridine orange (AO) or propidium iodide (PI) to stain the nucleus of target cells, the ADAM MC2 never worries about cell size, shape, or aggregation. Instead it uses fluorescence to specifically image the stained nuclei, and averages 22 separate reads for each sample totaling a 3.4 µl read volume. These improvements specifically address variation attributable to low sample reads (some competitor models only perform one read), low sampling volumes (most models read 1 µl or less), and inaccurate resolution of cells (often found when cells clump together). With R2 values over 0.98, the ADAM MC can directly replace manual cell counting using the propidium iodide technique. The results are amazing, and it’s possible to get CVs under 10% with most cell lines. The ADAM MC2 can work with a dizzying range of suspension cell types, as only nuclei are needed for detection, and it uses a very clever “detergent wash” technique to provide precise cell viability values. But don’t take our word for it—we invite you to request a demo and find out for yourself. 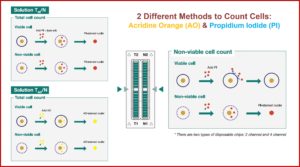 Even an undergrad can use it
Did we mention that the ADAM MC2 is designed to be incredibly easy to use? Its disposable chip set minimizes the risk of contamination, greatly simplifies work flow, and eliminates the need for calibration and regular cleaning. Its on-board analysis obviates an external computer and allows quick operation. And not be overlooked, the ADAM MC2 is small enough to comfortably sit on any bench top—even an undergrad’s. 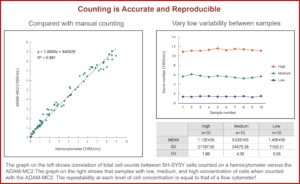 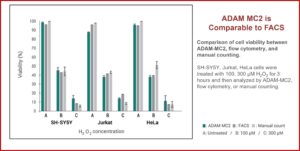 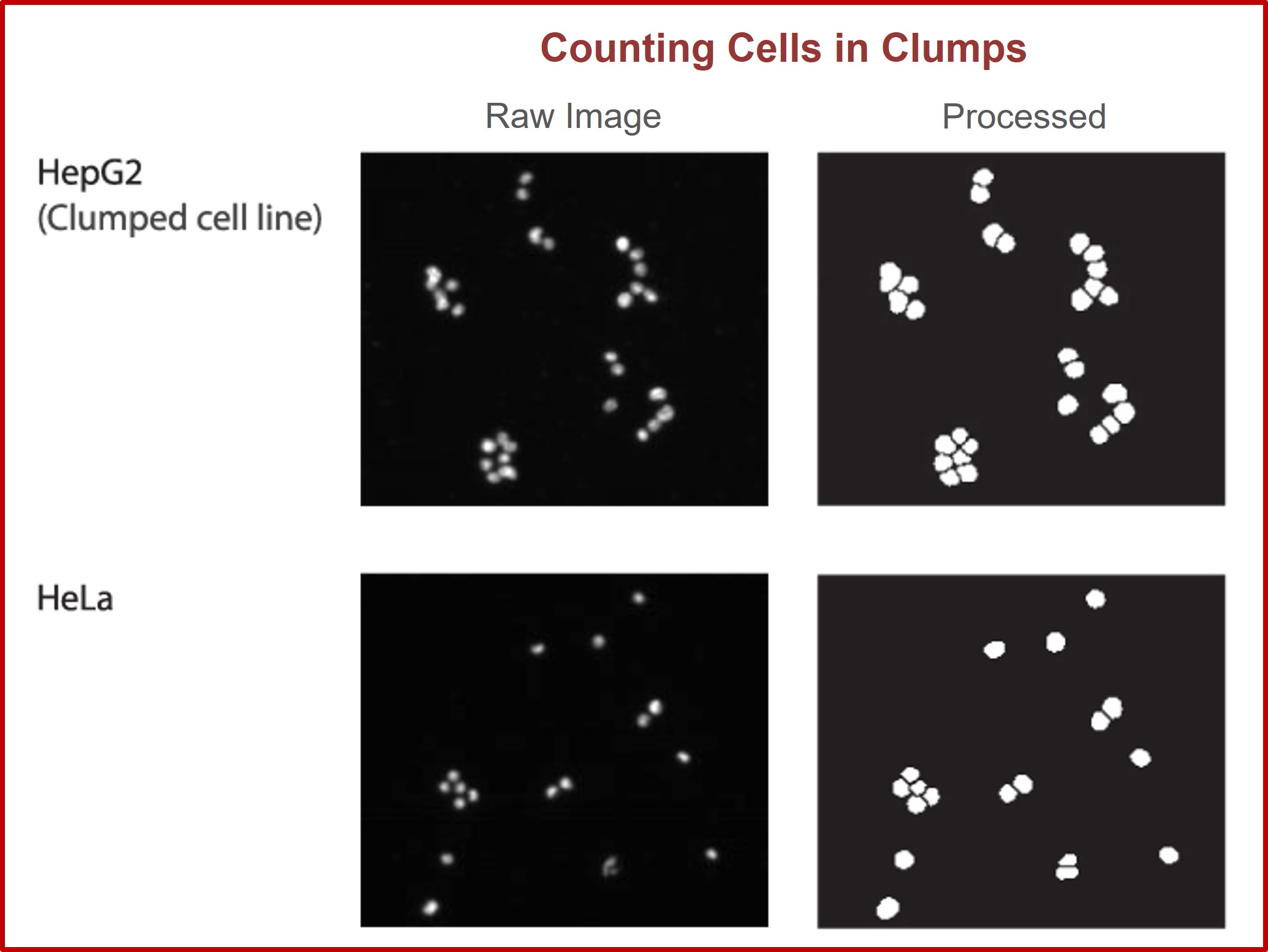 Made for demanding research but qualified for cell therapy
The ADAM MC2 has been modified within its cGMP production environment for use with patient samples such as stem cells, CAR-T cells, CAR-NK cells, and adipose-derived stem cells. This new system, the ADAM CellT has an easy-to-use built-in tablet and complies with 21 CFR part 11. The ADAM CellT allows for an additional 4 TB of data storage and has safeguards to protect this valuable data from editing.

Th ADAM CellT complies with 21 CFR part 11 which regulates electronic records and signatures for use in cGMP facilities. When 21 CFR Part 11 mode is activated, data cannot be modified by any user. Every action a user undertakes in the software is recorded in an audit trail which includes the date, time, and specific details of the action. Electronic signatures based upon biometrics are designed to ensure that they cannot be reused by, or assigned to, anyone else. 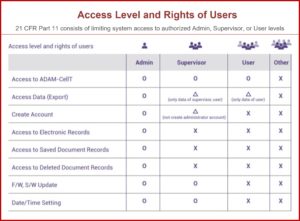 QC Platform for producing CAR-T cell
It is easy to monitor all different steps of the purification, expansion, and formulation of CAR-T cells using the ADAM CellT to ensure precise and reliable results. It can be used for cGMP, process control and quality control of CAR-T cells.

The graph on the left shows correlation of total cell counting between hemocytometer and ADAM-MC2 using SH-SY5Y cells. The graph on the right shows that samples with low, medium and high concentration of cells were counted with ADAM-MC2.
The repeatability at each level of cell concentration is high. 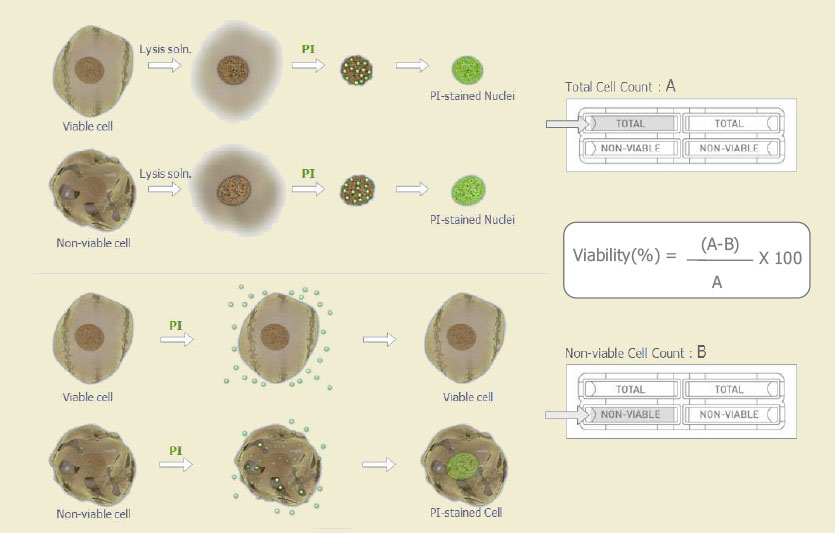 The ADAM MC2 is based on staining mammalian cell DNA with a fluorescent dye, either acridine orange (AO) or propidium iodide (PI). Unlike AO, PI does not enter cells with intact cell membranes or active metabolism. In contrast, cells with damaged membranes or with inactive metabolism are unable to prevent PI from binding to DNA in the nuclei. As a result, only the nuclei of non-viable cells will be stained with PI. The Adam MC2 offers two reagents for counting cells:
AccuStain Solution T for total cell counts is composed of PI and a lysis reagent.
AccuStain Solution N for non-viable cell counts is composed of PI and PBS.

Total Cell Count: In order to measure the total concentration of cells, the plasma membranes of all the cells must be disrupted to stain each of the nuclei with PI. The process of disrupting and staining is achieved by treatment with AccuStain Solution T.

Whether using only Accustain T, or both Accustain T & N, the ADAM MC2 will automatically calculate the proper cell counts. After treatment, the prepared cells will be loaded into the chip and then inserted into the instruments. 25 seconds later the results will be displayed.

Learn how to use the system 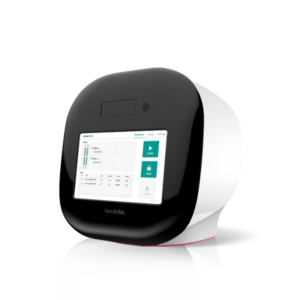 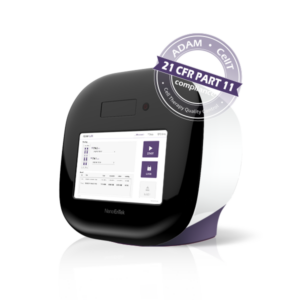 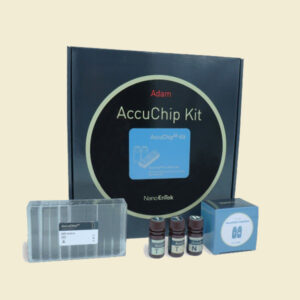 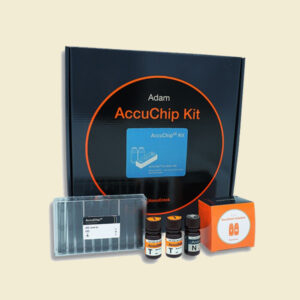 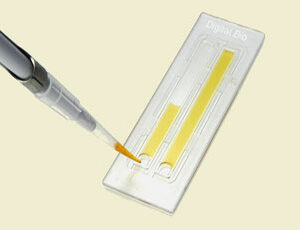