Specifically remove oligosaccharides from proteins
PNGase F PRIME is a mutant recombinant PNGase F cloned from Flavobacterium meningosepticum and expressed and purified from E. coli. The proprietary changes made to PNGase F have been shown to have unique characteristics when compared to other commercially-available sources of PNGase F. Data generated by independent labs shows that PRIME works on native glycoproteins and serum glycoproteins in minutes at room temperature. Glycan analysis of the digestion products shows that PNGase F PRIME digestion led to more complete glycan release and also allowed for the cleavage of glycans not released by the commercially-available enzymes when used at the same concentrations with the same digestion conditions. This advancement benefits applications that seek to understand glycobiology in a natural milieu. Preliminary data indicates that PNGase F PRIME has a higher specificity towards complex (tri and tetra-antennary) sialylated structures compared to the commercially sourced enzyme. Additionally, the work presented in this Analytical Chemistry paper utilized PNGase F PRIME for all in situ tissue work as the commercially-available PNGase enzymes did not work on native tissue to allow glycan recognition.

PNGase F PRIME-LY and PNGase PRIME-LY ULTRA (low salt) Glycosidases are the same enzyme as our standard PNGase F PRIME but now available in a lyophilized forms, which are perfectly suitable for use in solution-based analyses. Performance characteristics and applications in which they can be used remain exactly the same as with our standard liquid format PNGase F PRIME enzyme. 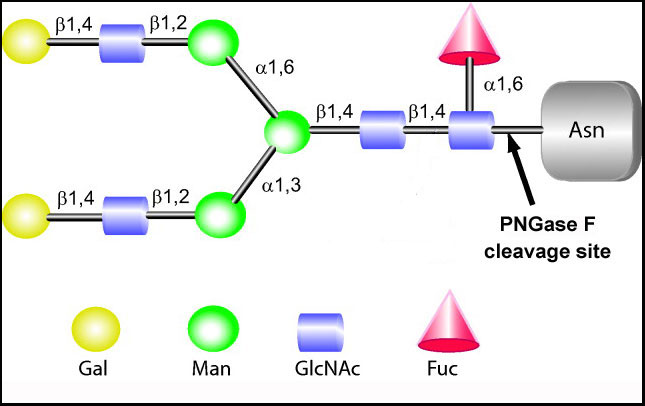 Peak-a-boo we see you
Analysis by mass spectrometry is when PRIME truly shines. Traditional PNGase provides fewer and blunted peaks as compared with PRIME. In nearly every side-by-side study to date, PNGase F PRIME produces favorable results. For example, native Avastin® (IgG1 based therapeutic for cancers) treated with PRIME releases 11 different oligosaccharides structures (only a subset of data shown below).

In another example, when compared with a very popular PNGase F, PRIME produced 33% more peaks, sharper peaks and with much lower background when cleaving the native form of the blood borne glycoprotein fetuin. 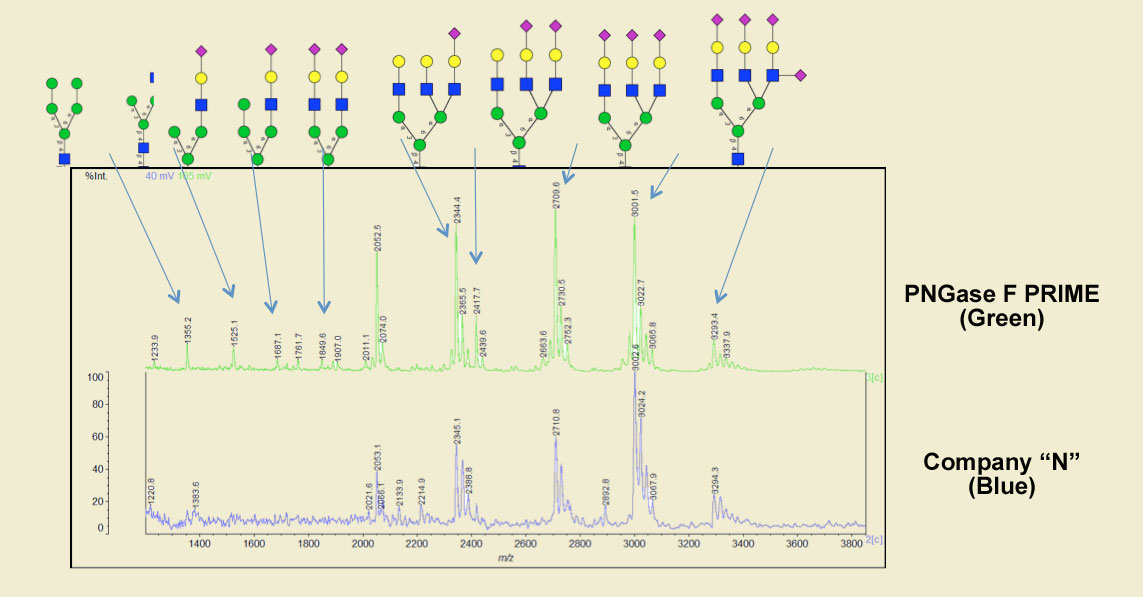 The same treatments show marked differences even by HPLC analysis. PNGase F PRIME (in blue) shows more pronounced peaks than the same competing PNGase F (in black). Also note the additional peaks in both the neutral and sialylated regions, particularly the trisialo region.

This type of richer data presents the opportunity to develop a deeper, more complete, understanding of glycobiology.

N-glycan Imaging of a Prostate Cancer FFPE Tissue
A 5 micron FFPE slice of a human prostate cancer (Gleason 7) was antigen retrieved and incubated with PNGase F PRIME™ as described in Powers et al. Images were acquired using a 7T MALDI-FTICR Solarix mass spectrometer and FlexImaging 4.1 software. Shown in the upper right panel is a H&E stained image of the tissue (at 10X magnification), with the area of the highest density of tumor shown in the circle, marked with a T. The bottom left panel shows a typical tumor N-glycan pattern for a single glycan, an Man6 at m/z=1419. In the top right panel and bottom right panel, a two-glycan overlay is shown for the tumor glycan at m/z = 1419 (in green) and a mono-sialylated biantennary glycan at m/z = 1976 (top right panel, orange) and a mono-sialylated and core fucosylated glycan at m/z = 2122 (bottom right panel, blue).

The following citations provide much greater detail of this research that utilized PRIME™: 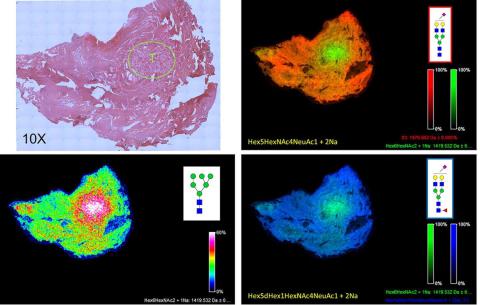 MALDI-IMS Analysis of a Mouse Brain Slice
The three starred oligosaccharide groups in the mass spec trace to the right are color coded and overlayed on a mouse brain section. The distribution shows a distinct localization pattern. 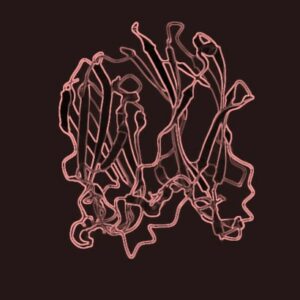 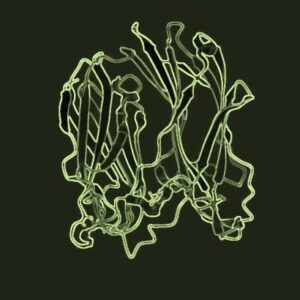